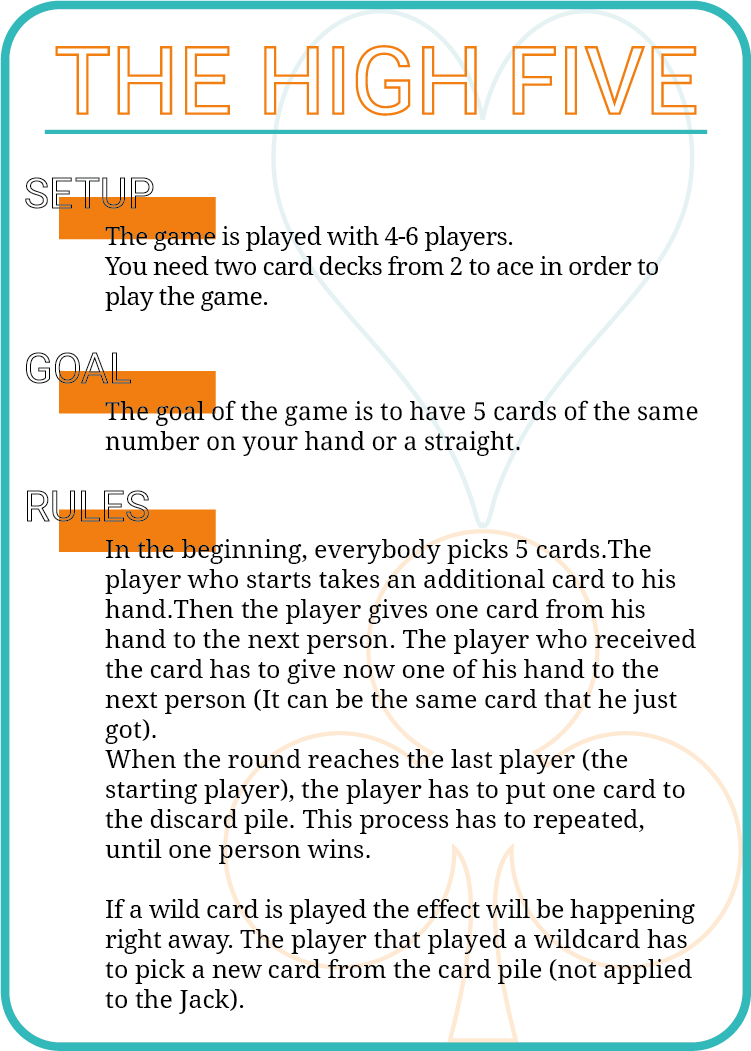 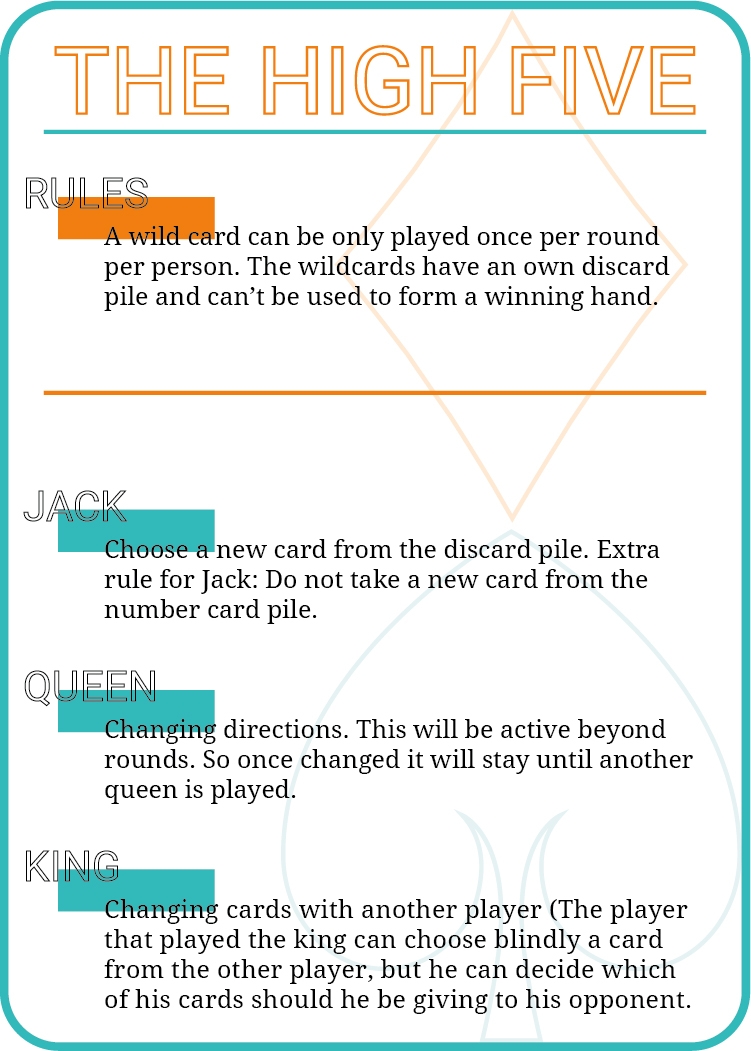 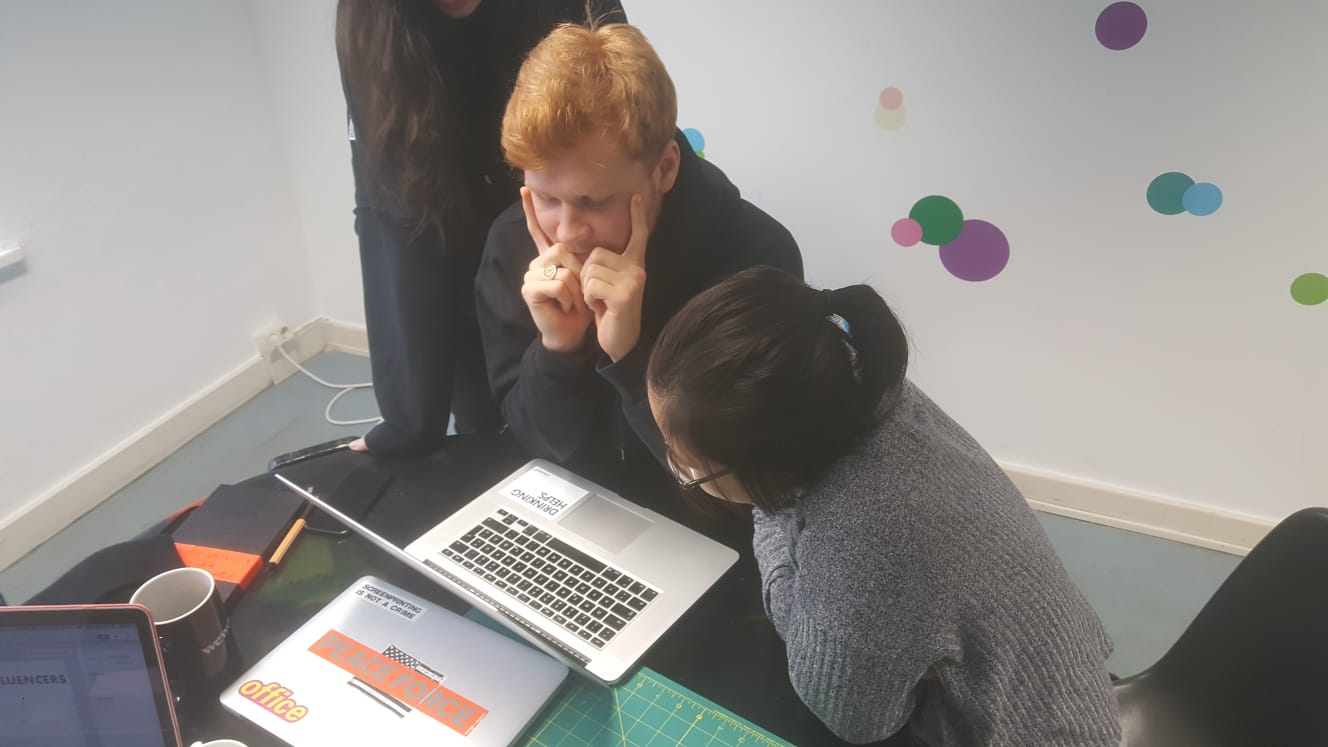 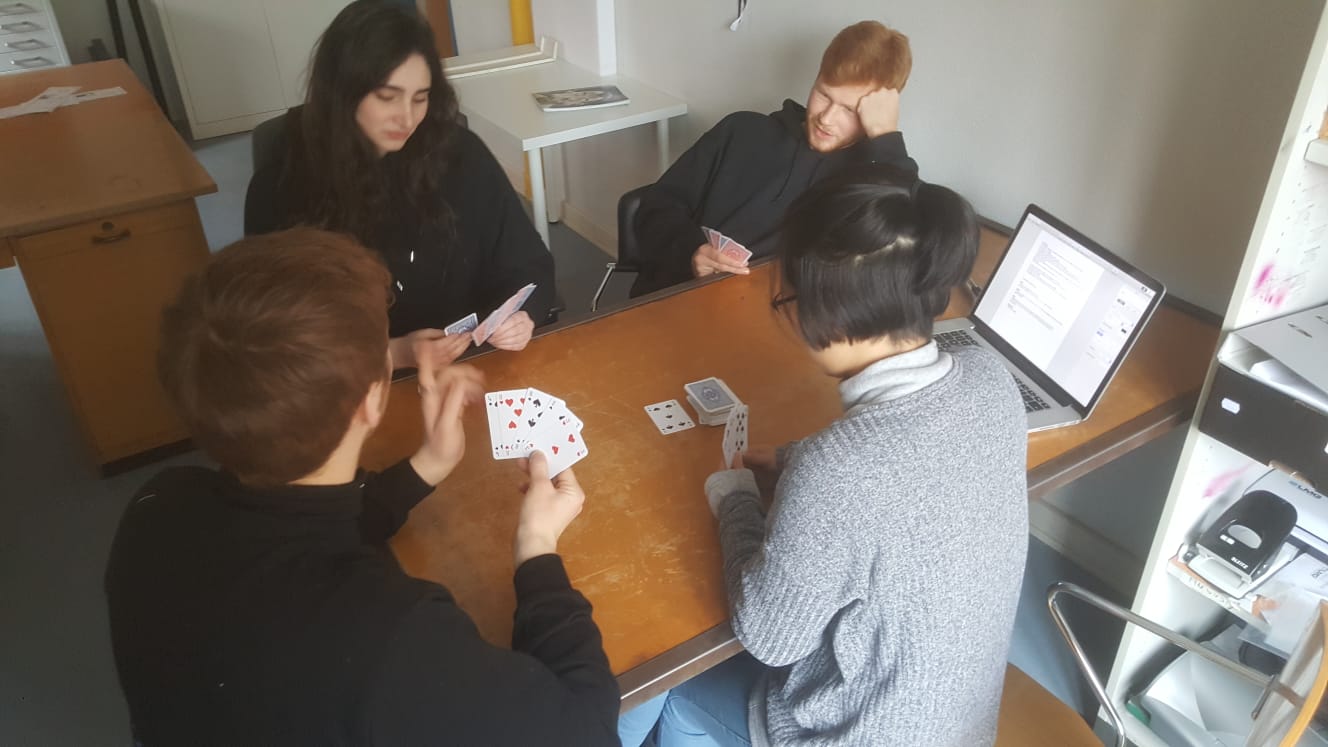 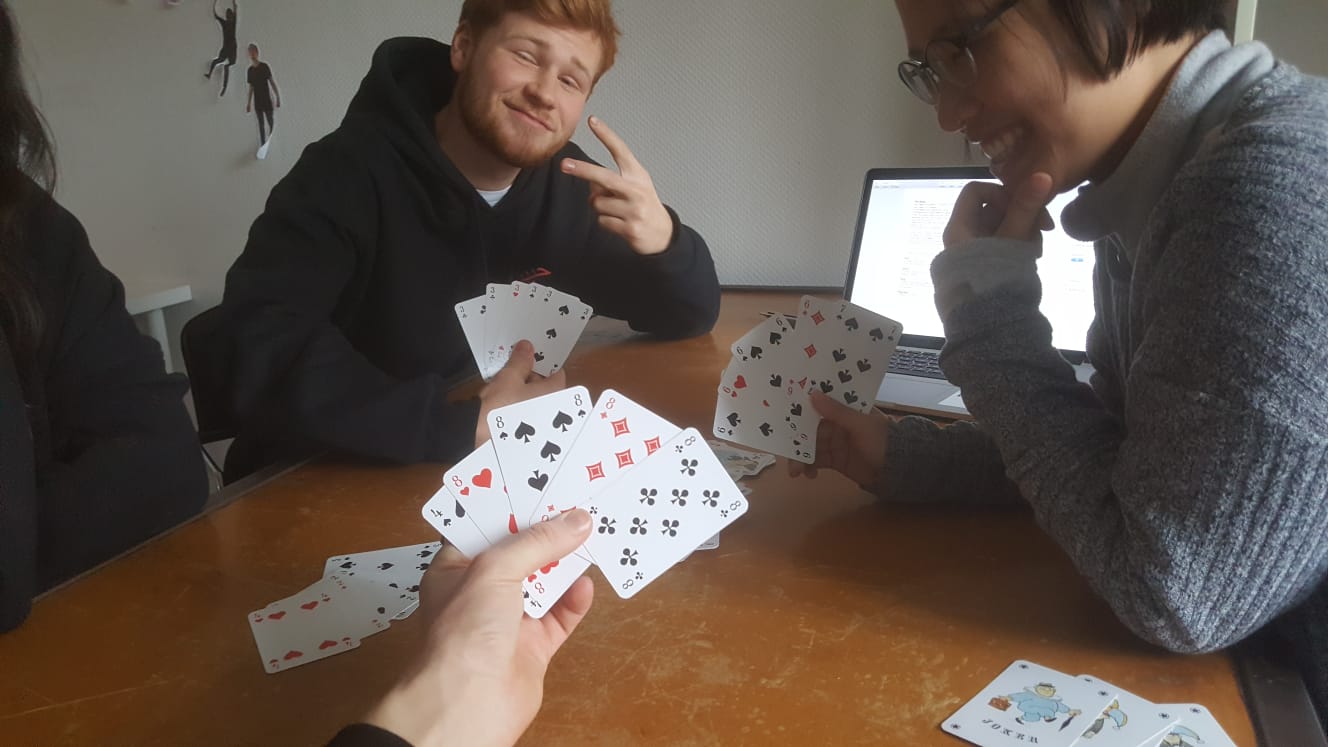 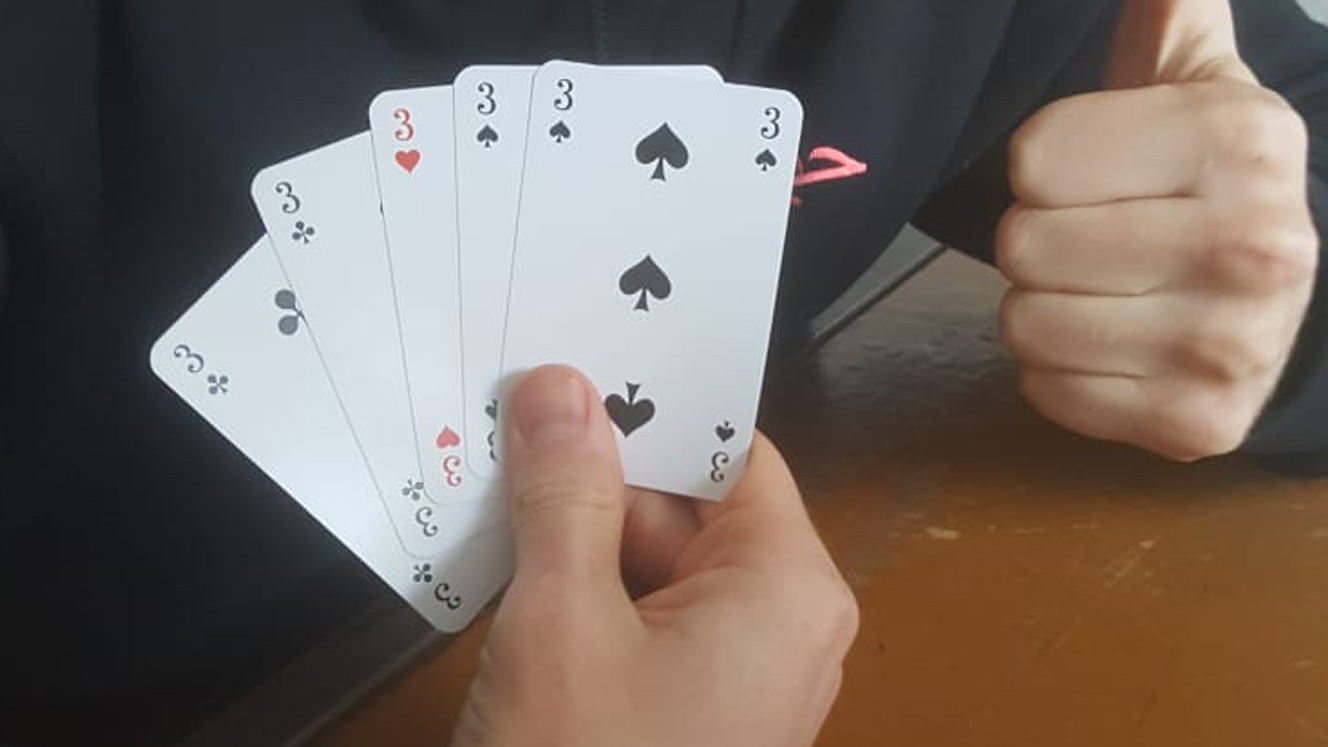 The challenge for this project was to create a new card game out of a standard 52 card deck. Lyes and me chose to use 2 card decks, bu decided to throw out Ace because we only needed 3 wild cards with different effect. We also limited the amount of wildcards to 4 per type. So in the end the playing deck consisted of 8 cards of each number card and 4 cards of Jack, Queen and King which represented the wild cards. Each wild card had a different effect. We tried out to integrate them differently in the game for example use them as a separated deck but we noticed that the most logical solution was to mix them in the deck because another deck would mean we need a new rule for picking up the wild cards. We wrote the rules down and changed them over the time of playtesting. The final rules are the ones you see on the pictures.
The challenge here was to design the rules that they would fit on a size of cards, but still be readable.